A Silent Killer May Be Lurking in Your VeinsChuback Vein Center 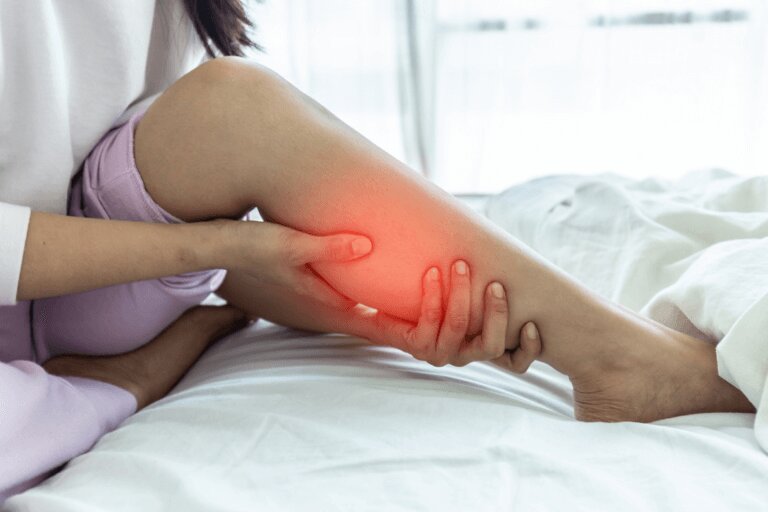 A world-renowned reporter is on assignment covering the war in Iraq. Cramped inside a flatbed military vehicle, his legs are confined to a tight space for hours as he records the events unfolding before him: ear-piercing fighter jets soaring overhead, fiery bombs exploding to the left and right, and gunfire reverberating all around. And in all the turmoil and unfettered violence, he becomes a casualty himself. But not from his vehicle running over an EID or being struck by a projectile, but from a blood clot that formed in his leg and traveled to his lungs causing him to suffocate. The blood clot – a pulmonary embolism (PE) – was the result of Deep Vein Thrombosis (DVT).

This is exactly what happened to former NBC news journalist David Bloom, who suffered the tragic event on April 6, 2003. He had been traveling with the U.S. Third Infantry Division in Iraq and was subjected to extremely cramped quarters riding in a Ford F250 4-wheel drive flatbed truck for an extended period of time which tragically caused the DVT that took his life.

DVT is often called the “silent killer” and contributes to an estimated 300,000 deaths annually in the U.S., and it was this unfortunate event that brought global awareness to DVT and set March as National DVT Month.

It’s human nature to think tragedies like this “will never happen to us,” but the truth is, it can happen to anyone from all backgrounds and all walks of life. American professional tennis player Serena Williams had a close call with DVT when she was hospitalized for a pulmonary embolism in 2011. Fortunately, she was aware of the warning signs and was able to alert doctors when it occurred.

Other well-known celebrities have had close-calls as well. Movie icon Jimmy Stewart and Zsa Zsa Gabor along with television legend Regis Philbin, NASCAR race driver Brian Vickers, Miami Heat basketball pro Chris Bosh, comedian Gary Shandling and former First Lady Hillary Clinton have all suffered incidents with DVT. But they all lived to talk about their experience because of one thing: awareness. And I can’t stress this concept enough.

Remember the first time you opened an unsolicited email and clicked on the strange-looking link contained within? Your computer was soon infected with a virus and you had to undergo the arduous task of reinstalling your operating system and restoring your files from backups. But now, armed with the knowledge of what warning signs to look for, you promptly discard suspicious email and avoid such calamities. Although not as serious as DVT, it illustrates the point I’d like to make about awareness.

According to the American Blood Clot Association, over 2 million Americans are affected by DVT annually. With March being Deep Vein Thrombosis (DVT) awareness month, it’s important to know the risks, signs, and symptoms. While significant strides have been made to bring awareness to DVT, not nearly enough has been done to fully educate the public about this often-fatal condition. Armed with the facts, you will have a better understanding of DVT and how to recognize the symptoms before they develop into more serious complications.

First, what exactly is DVT?

DVT occurs when blood clots form in veins located deep inside the body, or more commonly, the lower legs, thighs, or even pelvic areas. Blood uses its clotting ability as a way to prevent excessive blood loss whenever the body suffers a wound or injury. But, in some cases, depending on lifestyle, overall health condition and genetics, an individual’s blood can clot randomly in the deep veins of their body.

As was experienced by David Bloom, physically cramped conditions, sitting longer than 6-8 hours or prolonged bed rest can be a cause of DVT. The body uses muscle contractions to help with blood circulation, and when an individual is seated or not walking for long periods of time, circulation can decrease and blood can remain stagnant in compromised veins causing the blood to clot. I tell my patients that there are several reasons a blood clot may occur:

Further, certain medications can also lead to a blood clot. Hence, I always recommend patients consult with their doctors before taking any medications.

How DVT can become worse, quickly.

If left untreated, DVT can cause more serious complications, some of which include:

Now, you’re probably asking, “what are the symptoms to look for?

Well, I’ve put together a comprehensive checklist, and if you have one or more of these symptoms, consult a DVT specialist as soon as possible.

If you have an upper extremity DVT or blood clot in the arm, the symptoms might differ. The most common symptoms in such instances are:

When to See a Doctor

I recommended that you consult a DVT specialist as soon as possible if you notice any of the aforementioned symptoms. Left undiagnosed, they can be life-threatening. A duplex venous ultrasound may be recommended to assess the blood flow through your veins and verify any possible clots. As an IAC Accredited Vein Center in Paramus with a state-of-the-art Vascular Imaging Lab, Chuback Vein Center specializes in identifying the signs of DVT and can prescribe the right treatment to prevent further risks like pulmonary embolism and the formation of future blood clots. Depending on your condition, your doctor may prescribe a venous ultrasound to further investigate the symptoms you’re experiencing. If so, please contact us…our team of venous ultrasound experts will assess your situation and advise you about your treatment options.

Remember, awareness saves lives. I encourage you to spread your knowledge about DVT and let people know what symptoms they should be looking for. With knowledge comes power, and you have the power to prevent this unnecessary life-threatening condition. 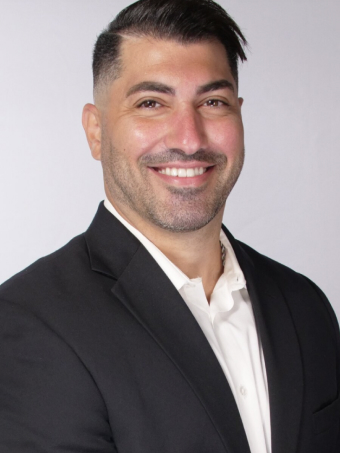 Raised in Paramus, New Jersey, Mazin Radwan is the Lead Registered Vascular Technologist at Chuback Vein Center. He earned his credentials through the Cardiovascular Credentialing International (CCI) and is certified as a Registered Vascular Specialist (RVS) and a Registered Phlebology Sonographer (RPhS). His professional affiliates include the Society of Vascular Ultrasound. With almost a decade of experience in the field as a Registered Technologist, he has been with Chuback Vein Center since 2017. Mazin specializes in the performance of diagnostic imaging exams with the use of sophisticated noninvasive diagnostic imaging equipment. Throughout his career, Mazin has maintained professional goals focused on playing a key role in the development, operations and growth of state-of-the-art IAC accredited office based ambulatory vein centers and leaving a legacy of unprecedented patient care in all facets of his clinical work.

A graduate of Eastwick College’s Vascular Ultrasound program, Mazin graduated in the top 5% of his class. After his education, he began clinical work at one of the best hospitals in the country, New York-Presbyterian Columbia Medical University, with rotations in the ER, ICU, and Neonatal ICU.

Get the Five-Star Treatment

We invite you to become a part of the Chuback Vein Center family. We are confident in our ability to restore your health and wellness.